SNP - Two-thirds of people in Scotland are opposed to the Tory UK government plans to cut Universal Credit in October.

In a poll by YouGov, 35% of people supported the £20 uplift being maintained until the country’s financial position was ‘more stable’. 28% of people asked wanted the uplift to be made permanent.

Citizens Advice Scotland, who commissioned the polling, said cutting support would mean Universal Credit’s real terms value would drop to a lower rate than when it was introduced in 2013.

“The majority of people in Scotland want the Universal Credit uplift to be maintained, showing how utterly out of step the Tories are.

“It is concerning that in the face of this evidence and previous findings that cutting Universal Credit would plunge 20,000 children in Scotland into poverty that the Tories are still going ahead with it.

“During the pandemic, the uplift has been a vital lifeline for families across Scotland. Cutting it in October would be devastating and this polling shows that the majority of people in Scotland recognise that and want what is best for everyone that lives here– why can’t the Tories?

“This demonstrates how Scotland is living a tale of two governments, the one in Edinburgh that is building a social security system built on fairness, dignity and respect. Whereas the one in London is prepared to plunge thousands of families into poverty despite the majority of people in Scotland seeing the real benefit of keeping the uplift in place.

“We cannot trust the Tories to protect the future of the people of Scotland and that is why we cannot put Scotland’s recovery into the hands of the Tories. Scotland must have a choice over its future in a referendum for recovery 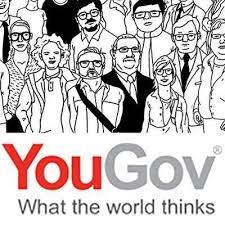