Uber Agrees to Give Drivers Minimum Wage And Employment Rights

UBER RULLING - Uber has agreed to give its UK drivers a guaranteed minimum wage, holiday pay and pensions, following the Supreme Court ruling that its drivers are workers last month.

It will pay drivers in the UK at least the national living wage, which is £8.72 an hour for those over 25. They will also be entitled to minimum employment rights including time off and pensions.

The changes coming into force today (17 March) are:

At least the minimum wage for over-25s once a trip has been accepted, and after expenses

All drivers to be paid holiday time based on 12.07% of their earnings, paid on a fortnightly basis

Free insurance in case of sickness or injury, on top of parental payments

Drivers can choose if, when, and where they drive.

The landmark ruling in Uber BV and Others v Aslam in February unanimously found that the US ride-hailing app’s drivers could be considered workers, rather than self-employed as Uber had argued.

The Supreme Court came to its decision based on the fact that Uber exerts “significant control” over the way its drivers work: it sets fares; it sets the terms and conditions of using the service; drivers can face penalties for not accepting rides and drivers are discouraged from taking on other agreements outside the Uber app. 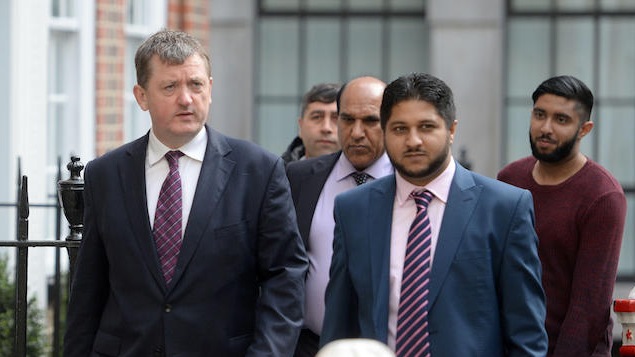 This was the fourth time the company had lost its case in a long-running legal battle starting in 2016.

Unions believe Uber’s decision to grant basic pay and rights to drivers could have far-reaching consequences for other gig economy firms.

Mick Rix, national officer for the GMB union, said it was “the end of the road for bogus self- employment”.

“Uber had to be dragged kicking and screaming to do the right thing, but finally they’ve agreed to follow the ruling of the courts and treat their drivers as workers.

“It’s a shame it took GMB winning four court battles to make them see sense, but we got there in the end and ultimately that’s a big win for our members.

“GMB has consistently said we are willing to speak face to face to Uber about its treatment of drivers – our door remains open.”

But James Farrar and Yaseen Aslam, the lead claimants in the case, said the changes announced today do not go far enough. The Supreme Court recommended that drivers should have rights to the minimum wage from the moment they switch the app on, but Uber has only agreed to pay from when a journey is booked.

In a statement via the App Drivers and Couriers Union, they said: “While we welcome Uber’s decision to finally commit to paying minimum wage, holiday pay and pensions we observe that they have arrived to the table with this offer a day late and a dollar short, literally.

“The Supreme Court ruled that drivers are to be recognised as workers with entitlements to the minimum wage and holiday pay to accrue on working time from log on to log off, whereas Uber is committing only to these entitlements to accrue from time of trip acceptance to drop off.

“This means that Uber drivers will be still short-changed to the tune of 40% to 50%. Also, it is not acceptable for Uber to unilaterally decide the driver expense base in calculating minimum wage. This must be subject to collective agreement.
‍
“While Uber undoubtedly has made progress here, we cannot accept anything less than full compliance with legal minimums. We would also expect to see Uber make progress towards trade union recognition, a fair dismissals appeals process and a data access agreement.”

Jonathan Chamberlain, employment partner at law firm Gowling WLG agreed that there could be an issue as to when the obligation to pay drivers the minimum wage starts: “Uber have accepted they lost, but they are still fighting,” he said.

“They are not committing to paying drivers when they turn the app on, which is what the Supreme Court said they should do, but only when they’re booked to a customer.  Uber have always said that if a driver is free to work for another app Uber shouldn’t have to pay them.

“But, in 2016, which is the timeframe the judgment applies to, the courts said that didn’t matter because there were no other apps for drivers in London to use to any meaningful extent. Ironically, in 2021, if Uber has more competition, it may owe its drivers less.” 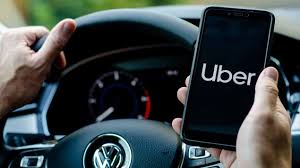 Image: Uber forced to give drivers whats legally theirs.

The IWGB union argued that Uber was still exploiting its drivers.

Alex Marshall, president of IWGB union, said: “This massive victory for Uber drivers proves what we have said all along – you can have workers rights and flexibility. After a long hard battle Uber has been forced into a corner by the drivers and has seen that the only way out is to give the drivers what is legally theirs.

“There is more that needs to be done for Uber to comply with the law. They are still doing their best to take drivers for a ride. But this will send shockwaves across the gig-economy and sets a precedent to end the exploitative practices synonymous with the likes of Deliveroo, Bolt, Addison Lee and others. This is a big step in the right direction and shows what can be achieved when workers come together and fight for what is rightfully theirs.”

Nader Awaad, Vice Chair of IWGB’s United Private Hire Drivers branch, added: “To comply with the law, Uber needs to guarantee a minimum wage for the entire time we are logged into the app, as the Supreme Court ruled, and pay immediate compensation for backdated wages, holiday pay and pensions. Moreover, Uber must now turn over a new leaf in how they treat drivers and commit to a fair process for dismissals and trade union recognition.”

Jamie Heywood, regional general manager for Northern Europe at Uber, said: “Uber is just one part of a larger private-hire industry, so we hope that all other operators will join us in improving the quality of work for these important workers who are an essential part of our everyday lives.

There is more that needs to be done for Uber to comply with the law. They are still doing their best to take drivers for a ride. – Alex Marshall, IWGB union

“Drivers have consistently told us that they wanted both the flexibility that we provided but also they wanted the benefits and we’ve been struggling to find a way of bringing those two together in a way that works for us and works for drivers.”

David Kelly, general manager for EMEA at workforce management specialist Deputy, added: “This ruling recognises how important shift workers are to the UK economy. It’s absolutely right that all workers are treated fairly and do not suffer from the ‘one-sided flexibility’ that was highlighted by the Taylor Review back in 2017. At the same time, it encourages businesses with a ‘gig’ model to find new ways to run more efficiently.”

While Uber’s decision in the UK marks a victory for drivers, the company is still being challenged in other countries over how it classifies its workers.

In the US state of California, initial rulings in favour of worker status for Uber and Lyft drivers were overturned in a state-wide referendum.

Uber has also been involved in a complex case in Germany where it has to work with licensed private hire vehicle companies after being banned in 2015.

In March 2020, judges in France ruled that Uber drivers were employees.

ABC Note: We covered this case in 2016: https://www.abcorg.net/item/1034-uber-rulling-under-the-legal-microscope