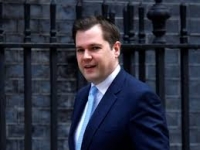 RENTERS - will continue to be supported during the ongoing national lockdown restrictions, with an extension to the ban on bailiff evictions.

Renters will continue to be supported during the ongoing national lockdown restrictions, with an extension to the ban on bailiff evictions, Housing Secretary Robert Jenrick announced (15 February 2021).

The ban on bailiff evictions - which was introduced at the start of the pandemic - has been extended for another 6 weeks - until 31 March - with measures kept under review in line with the latest public health advice.

Exemptions remain in place for the most serious circumstances that cause the greatest strain on landlords as well as other residents and neighbours, such as illegal occupation, anti-social behaviour and arrears of 6 months’ rent or more.

The measures are part of a wide-ranging package of support the government has provided to protect renters from the economic impact of the pandemic, including supporting businesses to pay staff through the furlough scheme and strengthening the welfare safety-net by billions of pounds.

Landlords are also required to give 6-month notice periods to tenants before starting possession proceedings, except in the most serious circumstances, meaning that most renters now served notice can stay in their homes until at least August 2021, with time to find alternative support or accommodation.

For those renters who require additional support, there is an existing £180 million of government funding for Discretionary Housing Payments for councils to distribute to support renters with housing costs.

The government previously changed the law in England to ensure bailiffs do not enforce evictions for 6 weeks until 22 February. This has now been extended for a further 6 weeks until 31 March. This will be kept under review.

The only exceptions to this are for the most egregious cases – anti-social behaviour, illegal occupation, death of a tenant where the property is unoccupied, fraud, perpetrators of domestic abuse in social housing and rent arrears equivalent to at least 6 months’ rent.

Guidance to support landlords and tenants in the social and private rented sectors understand the possession action process and new rules within the court system in England and Wales is available.

He said 800,000 private renters have built up arrears since the ban came into force, which they would struggle to ever pay off.

“It will lead eventually to them having to leave their home and face serious damage to their credit scores,” he said.

“The government needs to get a grip and do something about the debt crisis renters and landlords are now facing.

“A package of hardship loans and grants is needed as a matter of urgency. To expect landlords and tenants simply to muddle through without further support is a strategy that has passed its sell-by date.”