2,600 Food Parcels Provided for Children Every Day in First Six Months of The Pandemic

FOOD INSECURITY - Food banks in the Trussell Trust’s UK network saw a shocking 47% increase in need during the crisis, building on record need experienced during the same period last year.

The charity warns these figures are the tip of the iceberg, as many people will have been helped by other community groups.

Welcome steps have been taken by the UK government, but longer-term action is needed, and the Trussell Trust is calling for people to join the campaign to build a Hunger Free Future.

New figures released today reveal 2,600 emergency food parcels were provided for children every day on average by food banks in the Trussell Trust’s network during the first six months of the pandemic.

More than 1.2 million emergency food parcels were given to people struggling to afford essentials by food banks in the Trussell Trust’s UK-wide network between 1st April and 30th September 2020, making it the busiest ever half-year period for food banks; over 470,000 of these parcels went to children.

While the figures highlight the level of need across the UK, the charity warns their new figures do not include the number of people helped by the countless new community organisations, independent food banks and local authorities, which have stepped up during the pandemic to support their communities.

Across all of the UK independent food banks have seen a 177% increase in the number of emergency food parcels distributed.

Some facts from the Trussell Trust: 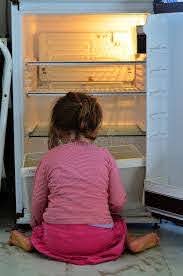 ABC Note: The Trussell Trust have launched a hunger free future campaign. This campaign’s aim is to build a movement of people to work together and achieve the ultimate goal of a future where people have enough money to buy essentials. This Christmas, more people than ever will need to use a food bank. This can’t go on! The past few weeks have shown that so many of us care about hunger in the UK. It’s time to end the injustice of people needing food banks.

Want to get involved in a movement that’s about building a hunger free future? 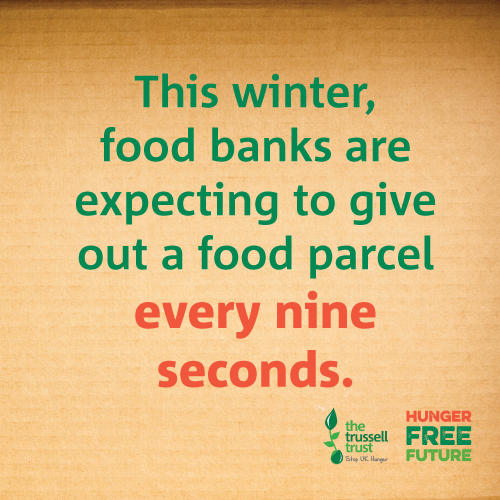 ABC Comments, have your say below: