SCHOOL DINNERS - The Welsh Government will ensure all pupils entitled to free school meals will continue to receive provisions if they are shielding or have to self-isolate thanks to £420,000 of funding confirmed by Education Minister Kirsty Williams.

Speaking on a video released today on her Twitter channel, the Education Minister Kirsty Williams confirmed at least £420,000 would be made available immediately to support local authorities deliver this service. 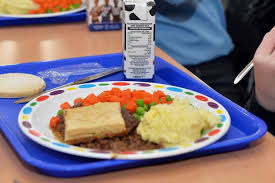